I have traveled abroad many times and I thought I had Brazil figured out before I even got there. Boy, was I wrong!! I thought I’d walk in to Rio De Janeiro International Airport would look like a tropical paradise and the customs agents would all look like Gisele and the cab drivers would all look like Rodrigo Santoro. But, no. It looked a lot like Newark International Airport in New Jersey, the customs agent was 70 and bald, and my cab driver Roberto looked like Danny DeVito, only darker. I thought Ipanema beach would be non-stop party full of Sports illustrated bodies. But, no. Ipanema was calm and serene, full of families who were just enjoying the Brazilian sun and ocean air. Also, I looked like a nun in my American 2-piece next to all those string bikinis! Both thin and full-figured women alike are as proud of their bodies as the most confident of super models. So many things were different than in had thought they would be.

I stayed in the favelas during my 2 months in Rio, which are slums on the outskirts of the tourist beaches of Copacabana and Ipanema and the posh downtown area. The favela is alive with music, color, and food. Every home and business is a different color and there is a restaurant on every corner. There are more places to get food in the favela than there are Starbucks in New York City! The personality and charm in each front door and ally way was so intriguing and has a story worth telling. Food is such a huge part of Latin culture. Where there is food, there is music. On every light post there is a loudspeaker blaring music for all the streets to hear. All types of music from hip hop to church music to funky to oldies. There is never a time where it is quiet. Kids playing futbol barefoot in the streets until the wee hours of the morning, men and women sitting out on their front porches watching the kids play, cars and motorcycles zooming by, and açai being eaten by everyone.

The favelas I saw were much different than I’ve seen in movies. Sure, the simple homes are all painted all kinds of bright colors and walking in on drug deal is bound to happen. But what stood out to me most about the favela, and all of Rio actually, was the hospitality of the people. I was clearly an outsider and everyone knew it. Yet, I became so familiar with the locals walking down the same cobblestone streets on a daily basis that even with a language barrier they all greeted me every morning and afternoon. I immediately felt at so comfortable and at home even though I was 7,000 miles away from my family and friends.

My purpose in going to Brazil was to educate women living in the favelas how to do hair and makeup with a team of hair stylists. Like most developing nations, women are not always afforded the same education and opportunities as men which can lead anywhere from low self-esteem to prostitution. Some of the women I had the privilege of teaching are survivors of domestic violence and abuse, drug trafficking, and extreme poverty. They each have intense testimonies of love, loss, and survival. Their stories touched me in ways I could never have imagined. We went to provide women with a dignified career and a way to better provide for their families. In our time there, we realized our purpose there was far greater than just than to “teach a man to fish.” We were there to give these ladies a confidence they never had before in themselves. Sure, they all were confident with their voluptuous curves and Shakira curly hair, but they were lacking the self worth that comes from feeling valued and loved by those closest to them.

After class, our students would often invite us to dinner in their homes. We would go and meet their families and we would feast on Brazilian food like there was no tomorrow! Fresh mango juice, beans and rice with chicken, and best of all was hot, right out of the oven brigadero! There was never a minute that were in someone’s home and we didn’t have a plate of food. It was like My Big Fat Greek Wedding when the mom says, “You hungry?” and the son says, “No I already ate,” then the mother responds with, “Ok, I cook for you!” In their homes we were treated like family and it was so welcoming.

Living in the favelas, these ladies had so little yet they gave so much. They gave of themselves for us as visitors. But more importantly they gave to their families. The ladies we taught there had a deep desire to provide the best life they could for their children. We asked them want they wanted out of this training and what they want for their lives. None of them wanted money, or big house, or a car, or security, or even the have a better education. They all said they want their children to safe and to grow up to be good people. They didn’t want anything for themselves. Their biggest hope is for their children to grow up in a safe place and with good values.
One woman in the manicuring class came with her nails painted and her hair done. She was very shy, but eager to learn. She has 4 children and has lived in the favela her whole life. She is illiterate and has no desire to learn to read or write. She only wants to show to the example of a good work ethic to her kids. It was so eye opening to us. A mother who was never given the chance at an education is now doing all she can to learn a trade to better provide for her children. Seeing what it truly means to be selfless is so beautiful.

As went embarked on this journey, we went help women less fortunate than we are and hoped to change their lives. But now looking back, they changed ours. 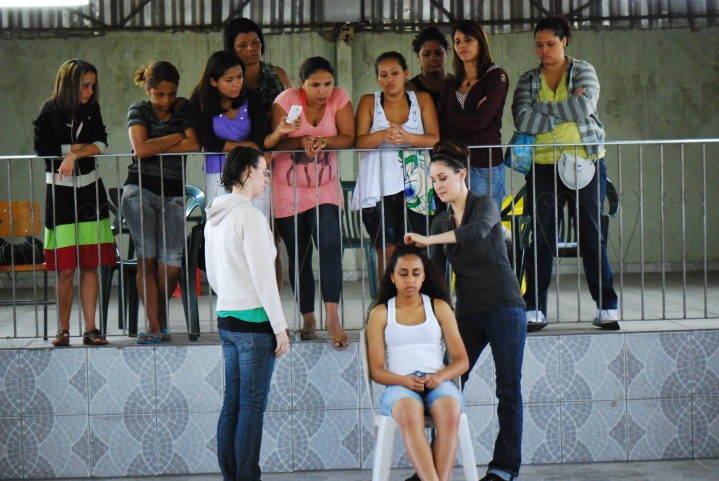 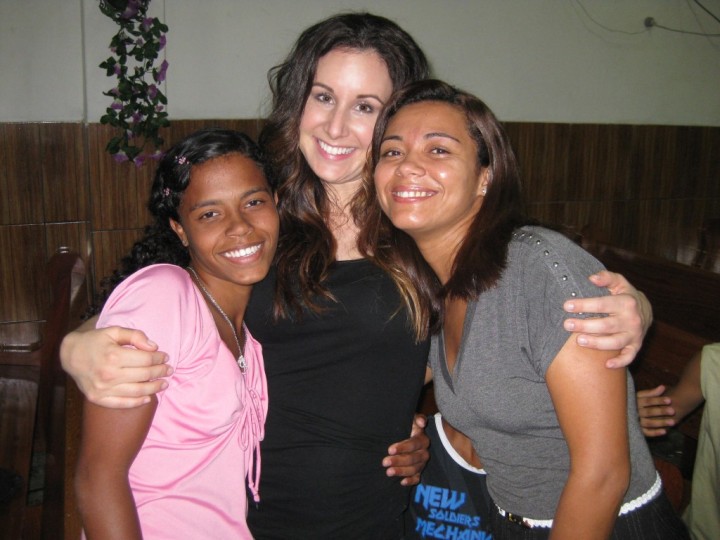